Spring 1992 – grassroots effort by several groups of parents who met to discuss ways they could contribute to improving public education in Fort Collins.  The result of many hours of research, meetings and discussions was a proposal for a school of choice that would use the Core Knowledge Sequence as the basis for its curriculum.

April 1993 – approval of the original proposal by the parent group for a new Core Knowledge school of choice by the Poudre School District Board of Education (BOE).  The school was approved as a two-year pilot program, and was to be located at the old Washington Elementary School site on Shields Street.

March 1995 – after a thorough performance review, the PSD BOE approved the recommendation by PSD’s administration that WCKS be removed from its two-year “Pilot School” status, making it a permanent part of the Poudre School District.  BOE also approved a relocation proposal of the Core Knowledge School into the historic Fort Collins High School on Remington Street.

August 1995 – expansion of WCKS to K-6 in the historic Fort Collins High School, with 408 students (three classes at each grade level K-3, two classes for 4-5, and one sixth grade class).

Spring 1995 – Proposal by a number of key influential founding parents to make WCKS a charter school.  Several public meetings and numerous hallway and parking lot conversations were devoted to considering the pros and cons of chartering WCKS.  Finally, it was time to vote.  The parents’ vote was 77% against the charter; the staff vote was 100% against the charter and in favor of remaining a “partnership school” within Poudre School District.  (While this vote settled the question of whether WCKS would become a charter school, the founding parents who wanted the charter continued to work to build support for a charter school, and eventually were able to obtain approval from the Board of Education for their proposal.  Liberty Common Charter School opened in the fall of 1997 as the first charter school in Poudre School District.  This helped relieve the growing waiting list at TCKS by allowing more students to participate in the Core Knowledge program.)

Fall 1995 – A number of options were proposed within PSD to resolve the issue of finding a permanent facility for WCKS.  These proposals included:

2) Emptying out an existing school (Irish Elementary School) by busing their students to PSD schools with room for more students, and using the empty building to house the Core Knowledge program.  When the Irish proposal was brought to the Board of Education by PSD administration, the outcry by Irish parents was enough to convince the BOE members to reject the administration’s proposal.

January 1996 – Appointment by BOE of a task force including representatives from Irish Elementary and WCKS to study the issue of where to locate WCKS.  This task force met a number of times during the 1996-1997 school year, and eventually brought its recommendations to the Board of Education.  These recommendations included preserving both Irish Elementary and WCKS as intact schools.  According to the task force, the best option was to build a new facility to house the Core Knowledge program.  After comparing the viability of two separate possible locations (Vine Drive; Preston JHS), the BOE approved the location adjacent to the new Preston Junior High School in southeast Fort Collins.

November 1997 – Construction of the new elementary school building began on the Preston site.  Funds from the sale of the old Fort Collins High School to CSU—not bond issue funds—were used to pay for the project.  PSD posted a large sign on the construction site to inform realtors and residents moving into the new housing developments around the Preston site that the new elementary school would be a school of choice to house the Core Knowledge program.  PSD notified real estate offices that the new elementary building would NOT be a neighborhood school.  On two separate occasions, WCKS parents put flyers on doors of existing homes in the area around Preston to invite parents to an informational meeting about the new school of choice so interested parents could sign up to enroll their students when the school opened.  The school was named “Traut Elementary School” in honor of two sisters, Evelyn and Lena Traut, who taught in Poudre School District for a total of 82 years between them.

May 1999 – Members of the newly constructed neighborhood subdivisions around Traut went to PSD’s BOE during the Boundary Committee discussions, and demanded that Traut be converted to a “neighborhood” school.  The BOE heard the demands, reviewed the BOE decisions regarding the Core Knowledge School, and confirmed that “…Traut was built for the long term to accommodate the Core Knowledge Program.”  (letter from BOE President Steve Fobes, dated May 24, 1999)

February 2005 – The BOE gave direction to the Boundary Committee that, in its discussions of potential boundary changes, it should not consider making Traut a neighborhood school either by gradually admitting only neighborhood children (thus phasing out its current program) or by moving the 5-pillared program to another building.

Spring 2005 – Boundary Committee discussion was halted.  An Enrollment Planning Group consisting of staff and principals was formed to look at under-enrollment in north and west elementary schools and overcrowding in southeast Fort Collins and Wellington.  They discussed options that considered boundary changes, building new schools and combining or closing schools.

September-November 2005 – Moving Traut to Riffenburgh is presented to the BOE and community as one of two “infeasible” scenarios in search of a solution to the District’s challenge of over-enrollment in southeast schools, while experiencing under-enrollment in the north and west.  Three other “feasible” scenarios are also presented.  Two of the three feasible options, and the infeasible move Traut option, include the suggested closure of Moore Elementary, a Core Knowledge neighborhood school. 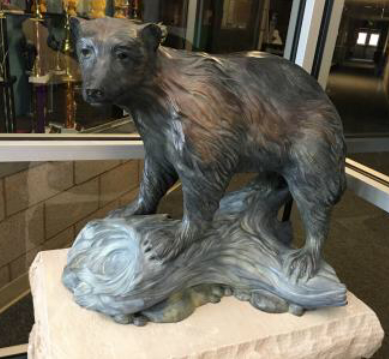 PSD does not unlawfully discriminate on the basis of race, color, creed, religion, national origin, ancestry, sex, sexual orientation, gender identity, gender expression, marital status, veteran status, age or disability in access or admission to, or treatment or employment in, its programs or activities. A lack of English speaking skills will not be a barrier to admission or participation.
Nondiscrimination/Equal Opportunity District Policy AC >> Title IX compliance Officers >>